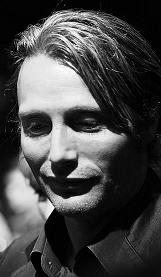 “It’s before he was incarcerated, so he’s more of a peacock,” Bryan Fuller tells EW.com. “There is a cheery disposition to our Hannibal. He’s not being telegraphed as a villain. If the audience didn’t know who he was, they wouldn’t see him coming. What we have is Alfred Hitchcock’s principle of suspense — show the audience the bomb under the table and let them sweat when it’s going to go boom. So the audience knows who Hannibal is so we don’t have to overplay his villainy. We get to subvert his legacy and give the audience twists and turns.”


Lecter does more to rattle Graham than assist him. “Uncle Jack sees you as a fragile little tea cup”, Hannibal says at one point to Graham, adding that he thinks he and the agent are actually match perfect for one another. Hannibal and Graham don’t get along, largely because Hannibal loves psychoanalyzing Graham. The Doctor loves pushing his buttons. Crawford knows how to handle Hannibal better, but he’s also being played and probed most of the time too. Lecter’s also moonlighting as a killer. The man gets about as Ethan Hunt to disguise his double life – using disguises, switching plates on cars, and so on.


More information, with possible spoilers from "Red Dragon": http://reddragonspoilers.blogspot.ie/search/label/Hannibal%20Lecter
POSTED BY Damian T. Gordon .....AT 10:48 AM