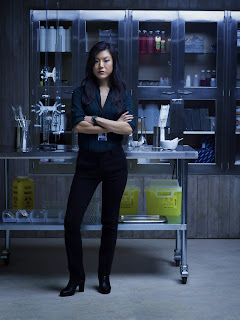 In an interview this morning Hettienne Park told watchers to look for “tips of the hat” to great directors Stanley Kubrick and David Lynch. Wanting to be loyal to the Hannibal Lecter film series “Hannibal” is based on, you can also see numerous clues (in a Kubrick style) hinting at events yet to come  that are portrayed or referenced in the movies.

Park also said the show has been sold internationally and has already been granted a second season.