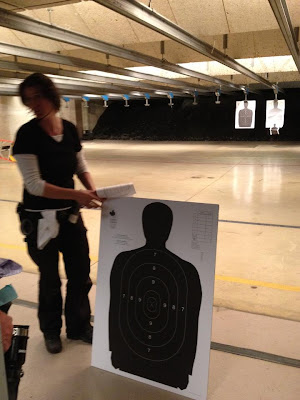 Ready for a teaser about tomorrow night's episode of Hannibal? Here you go: Weaver or Isosceles? HANNIBAL Episode 2 is in your sights. End your hunt tomorrow at 10/9c on NBC.


From Red Dragon:
"They were only using a .22-caliber revolver but he was teaching the woman combat shooting from the Weaver stance, left foot slightly forward, a good two-handed grip on the revolver with isometric tension in the arms. She was firing at the silhouette target seven yards in front of her. Again and again she brought the weapon up from the outside pocket of her shoulderbag. It went on until the rangemaster was bored with it."
POSTED BY Damian T. Gordon .....AT 4:11 PM