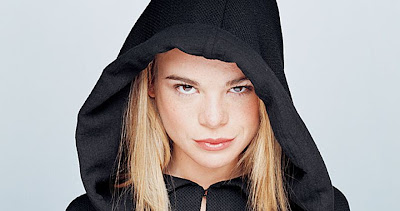 BAU explores a murder in which two victims’ faces are similarly mutilated; given a “Glasgow Smile.” For the first time, Will (Hugh Dancy) contaminates a crime scene thinking he committed the first murder and an MRI shows he suffers from Advanced Encephalitis. But Hannibal (Mads Mikkelsen) intimidates the attending physician, Dr. Sutcliffe, (John Benjamin Hickey) into telling Will he’s okay. Meanwhile, the team doubts Will who says, while revisiting the crime scene alone, he saw a mysterious, “dead-looking” woman (Ellen Muth) who may be involved. With his fears fed by Hannibal, Will returns to Dr. Sutcliffe for more mental health tests, when the doctor is murdered. Hilary Jardine, Krista Bridges guest.
POSTED BY Damian T. Gordon .....AT 11:25 AM