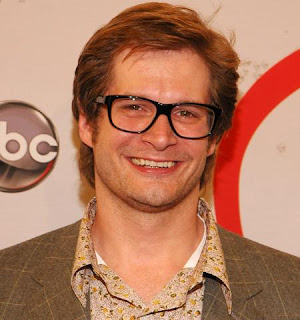 Some highlights below, the full interview here:
http://www.fearnet.com/news/interview/exclusive-interview-we-talk-hannibal-and-cannibals-series-creator-bryan-fuller
:
:
FearNet.com: Will Graham is ostensibly the anti-hero of Hannibal. He has his own personality disorders. We have seen characters like this on television, but they all have their own lovable quirks. Will doesn’t have many lovable quirks. Do you worry that will alienate viewers?

Bryan Fuller: Going back to the books, what was fascinating to me was that it became clear that Will has several personality disorders. There are certain things about him that other characters talk about in the books. For example, someone asks Jack Crawford if Will ever mimics his speech. Jack thought it was just a way to get the back-and-forth going, but no, it is involuntary - he can’t help it. The more I read about those things, I figured he has a form of echopraxia. Echopraxia is [the uncontrollable imitation or repetition of another person’s actions.] It is a condition where their grip on their own identity is a little slippery. I thought that was a fascinating place to start with a character who has to put himself in the mind of really bad people. The challenge of trying to hold onto himself throughout that process kind of upped the stakes on the crime procedural.

FearNet.com: Was it making you darker?

Bryan Fuller: I definitely feel like I was impacted psychologically by being exposed to working on 13 episodes of such a dark story. I’m a moody guy to begin with, so I need tethers to pull me in. I definitely felt Will’s isolation and struggle, and I actually developed a very close relationship with Hugh Dancy over the course of the show because we were both struggling with the dark places this character goes to. It was really rewarding and fascinating to bond with an actor over the shared experience of being inside such a troubled mind. So it was isolating on the one hand, but on the other, I feel like I made a fantastic friend through the experience.