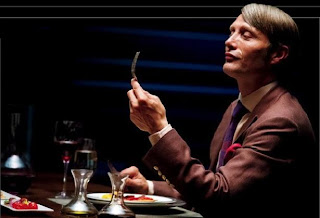 “I’m in Toronto until next year at least,” Mads Mikkelsen told EW during an interview in late November. “Hannibal is a thriller. It’s something you can get away with in American television, and quite bloody. There’s a lot of gruesomeness in this one, but it’s a big big mind game. We’ve only shot six or seven episodes now.”

Taking on villain parts such as Lecter requires finesse, Mikkelsen said. Bad guys aren’t all, well, bad. “If you’re playing the bad guy, you have to find what you like about them. The character, in this case, is quite elaborate,” he said. “He’s an art collector, he loves the opera. He finds life beautiful, on the threshold of death.”