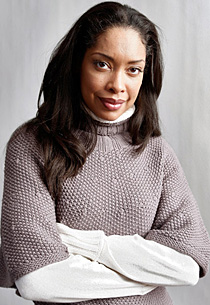 "I've read the scripts, I've seen the first episode and... it is chilling," the actress told DigitalSpy. "NBC is really doing something beautiful and smart, and they're pushing those boundaries."

"It is scary, it is creepy, it is heartening... and this cast that they've assembled - Hugh Dancy, Laurence Fishburne, Mads Mikkelsen - they're really quite a trio."

"The fanbase is two-tiered - there are the fans of the books, who are rabid fans and their expectations of how it might be realised on-screen are very high, and then you have the die-hard fans of the movies," she acknowledged. "I don't believe that either type of fan will be disappointed."