A Note on "Potage" 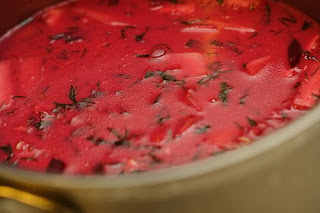 When I hear the word "potage" the phrase a "mess of pottage" comes to mind, from the biblical story of Esau selling his birthright to Jacob for a mess of pottage (a stew) from Genesis 25. I thought "pottage" and "potage" were variant spellings of the same word, but although they share the same etymological root they have a somewhat different meaning; "potage" which is a thick soup, stew, or porridge with meat and vegetables boiled has its origins only in the Middle Ages, whereas "pottage" is a much older term, but is similarly a stew of vegetables (and meat if available).


It is also worth mentioning that towards the end of the novel "Hannibal" Paul Krendler is served a stew by Hannibal, and the following exchange occured:

"Don't wait on us, Mr. Krendler," Dr Lecter urged. "Have some of your broth while it's hot."

He raised, the covered potager and straw to Krendler's lips.

Krendler made a face. "That soup's not very good."

"Actually, it's more of a parsley and thyme infusion," the doctor said, "and more for our sake than yours. Have another few swallows, and let it circulate." 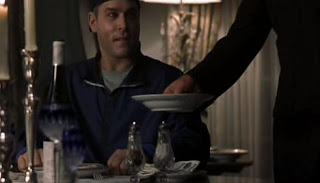 Hannibal Lecter, being Lithuanian, would no doubt enjoy a cold borscht (šaltibarščiai) for his potage, but one dreads to imagine what meats he would use ;-)
POSTED BY Damian T. Gordon .....AT 6:59 PM