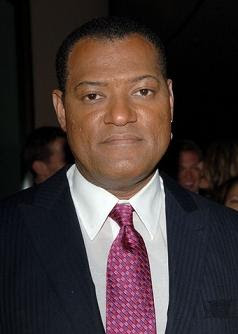 Laurence Fishburne will play the pivotal (recurring) role of Jack Crawford, the agent-in-charge at the Behavioral Science Unit of the FBI who is tasked with tracking down a certain flesh-eating serial killer. Crawford was played by Dennis Farina in 1986 Manhunter, Scott Glenn in 1991′s Silence of the Lambs, and Harvey Keitel in 2002′s Red Dragon.

“Laurence Fishburne is an iconic man who has been making his cinematic mark since Apocalypse Now and it’s a thrill not only to work with him but to see such a brilliant, sophisticated actor step into the shoes of Thomas Harris’ brilliant, sophisticated character,” said Fuller. “I cannot imagine a better cast for Hannibal than the one we’ve assembled.”

Fishburne's Crawford is described as a tough cop who seems to have been born to hunt serial killers and lacking the type of empathy that informs the lives of both Will and Hannibal and knows he needs Will to be his bird-dog. His greatest mission is to stop sociopaths before they kill more -- even if that means sacrificing Will's psyche in the process.